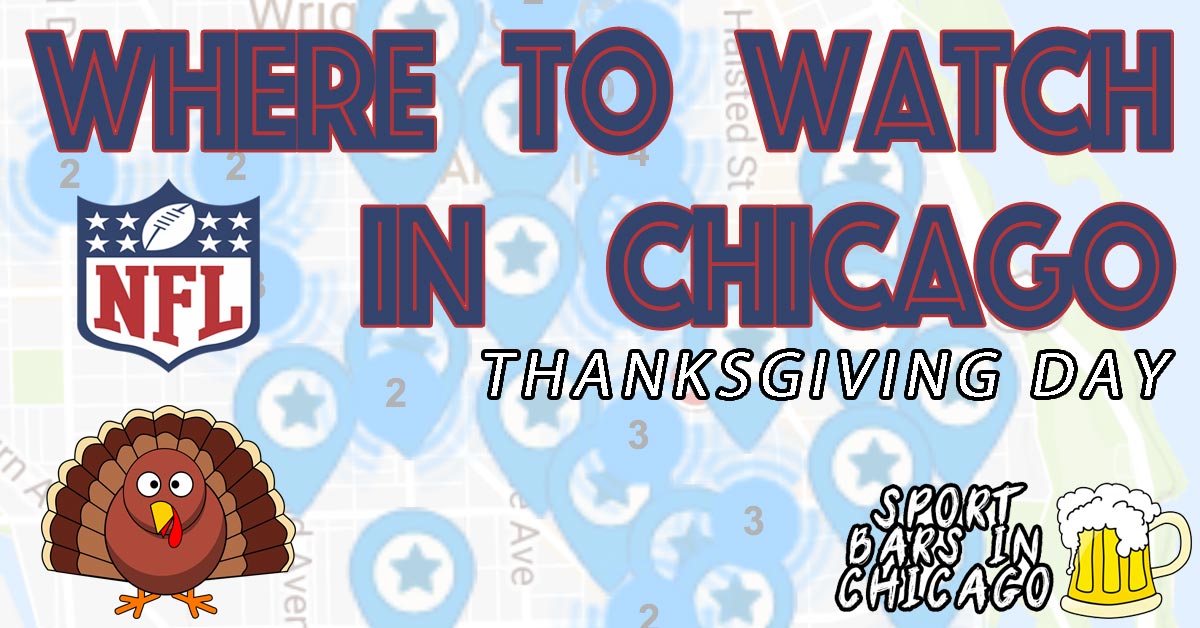 Allow me the privilege of presenting the Thanksgiving 2018 edition of Where to Watch NFL games in Chicago. Each of these three games once looked good on paper, whether it be before the season started (Falcons and Saints) or as the season progressed (Bears and Lions). Alas, such was not meant to be, as each game on Thursday lacks the excitement once had. When news broke after Sunday night’s win against the Minnesota Vikings that Mitchell Trubisky’s right shoulder was injured in the 4th quarter, Bears fans, whose team is a surprisingly 7-3 entering Week 12, were told words they hoped not to hear this year: Chase Daniels will make his first NFL start since Week 17 of the 2014 season. If there’s any silver lining in the line-up change, it’s that Daniels was led by quarterback’s coach Matt Nagy, now head coach of the Bears, and was the winning quarterback in the match-up nearly four years ago against the Pittsburgh Steelers.

Atlanta and New Orleans is another game that once looked great on paper; but what in the hell has happened to the Falcons? I hate to voice my opinion on another person’s job – unless that person is making approximately $4.5 million dollars this season. That said, Dan Quinn should have been fired week 5. The Falcons look horrible, while the Saints look like the best team in the NFL (especially considering the handidly defeated the Los Angeles Rams, who looked amazing on Monday night). Let’s hope Washington and Dallas don’t play a typical Washington and Dallas game, and something actually exciting happens. The River Kitchen and Bar