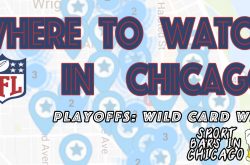 We’ve got eight fresh-faces playing in the Wild Card games this week, as none of these teams were featured during last year’s Wild Card round (Eagles are the only team that made the playoffs last… Read more » 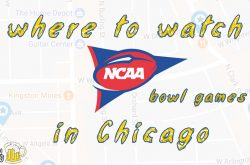 Alabama, Clemson, Notre Dame and Oklahoma – 1 of these teams doesn’t belong in the group. Granted the Oklahoma Sooners got a beat-down from Alabama on Saturday night, but the score doesn’t tell the whole… Read more » 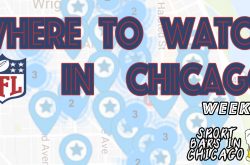 Chase Daniel makes his 2nd start of the season as the Bears travel to New Jersey to take on the Giants, which sums up the noon games this Sunday in the NFL. The better games… Read more » 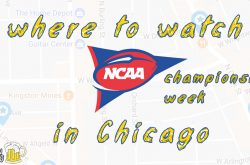 Championship weekend is upon us, so while there are less games this weekend they’re supposed to be more competitive. We’ll see how that goes. The match-up of the weekend will be Alabama looking to continue… Read more » 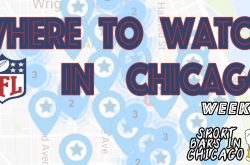 Thanksgiving Day brought us three games to start week 12 of the NFL season, but we’ve got only two teams on a bye this week so our Sunday slate won’t suffer (although those two teams… Read more » 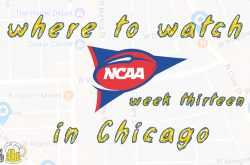 Playoff implications are abound this week in the NCAA as week 13 just about wraps up regular season action until we get to conference championship games. Interestingly enough there’s been a full-slate of games this… Read more » 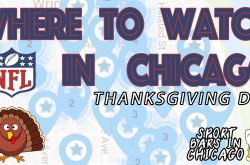 Allow me the privilege of presenting the Thanksgiving 2018 edition of Where to Watch NFL games in Chicago. Each of these three games once looked good on paper, whether it be before the season started… Read more » 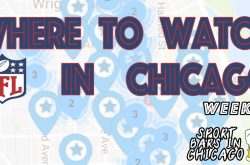 Let’s get this out of the way and head straight to my top 8 teams, 4 from the AFC and 4 from the NFC: AFC Teams: Kansas City Chiefs New England Patriots Pittsburgh Steelers Tennessee… Read more » 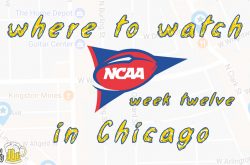 A lot is being said about of the uniforms the Fighting Irish of Norte Dame will don for the 2018-19 installment of the Shamrock Series, as they take on the 12th-ranked Syracuse Orangemen at Yankee… Read more »

Best game of the day will be the Patriots hosting the Aaron Rodgers and the Green Bay Packers, but we’ve got to wait until the late Sunday night game (along with an extra hour). Rams… Read more »